As part of the Study In Action Undergraduate & Community Research Conference ... On the International Day Against Police Brutality and Impunity ... QPIRG McGill and QPIRG Concordia present ...

* 11am-12:30pm : A People’s History of Police Repression Against Social Movements in Montreal This presentation and discussion will explore grassroots responses and lessons from the past 15+ years (1995-2012) of police repression of social movements in Montreal. We’ll trace back the recent history of local anti-police brutality organizing, explore instances of police infiltration of social movements, and review examples of police repression against those of us fighting for social change – from anti-capitalist organizing to migrant justice work, from women’s self-determination struggles to anti-racist organizing. This workshop will also seek to highlight tactics and strategies to resist police tactics that aim to marginalize our movements.

* 1pm-2:30pm : Organizing Collective Legal Self-defence against Criminalization An introductory workshop to understand legal proceedings, from challenging a ticket to a trial for criminal charges. This will help prepare for defending yourself in court or for being involved in your trial with a lawyer. Presented by the Self-defense and Legal Support Committee of the Anti-Capitalist Convergence (CLAC)

* 2:30pm-4pm : Street Action 101 An all-too-brief rundown on what people need to know when they’re in the streets and the police are doing what they can to get you out there. Topics covered include : tactics the police can use, tactics people in a crowd can use, what you should and shouldn’t bring to a demo, and what solidarity means in the streets.

(The workshops will end in time for participants to attend the annual demonstration against police brutality which starts at 5pm at the corner of St-Urbain and Ontario. Info : http://cobp.resist.ca/) 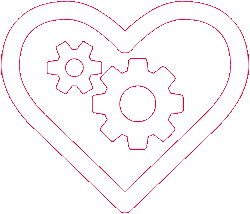